A dosing system in need for better reliability and NAV connection

The old dosing system included 5 large powder silos, 8 smaller powder silos, 8 big bag dosers, 20 small ingredient dosers, 2 fluid dosers, water dosing for seven dough mixers, 6 sourdough tanks, sourdough flour scale and 2 dosing stations where the raw ingredients are automatically dosed.
The main reasons behind such a massive updating of the old system were: a lack of operational reliability; a lack of dosing capacity to meet current needs; and difficulty in connecting the system to the Microsoft Nav ERP control system installed by the bakery. The traceability functions for raw ingredient dosing were also substandard and impractical.

A major challenge in the change process was that production shutdowns during the systems change were not at all possible, due to the need for maintaining fresh production that is typical of bakeries. It was not possible to pre-produce items for inventory - deliveries to the bakery's customers had to keep going uninterrupted. It was necessary for production operations to remain in a continuous three-shift cycle for the duration of the systems change. Although 5 of the large powder silos, 8 of the smaller powder silos and 5 of the sourdough tanks from the old system were kept, the switchboards and logic centres were updated and integrated into the POWDERMATIC™ dosing system.

The old electrical system switchboards and the logic/PC-based control system were all replaced with new Powder Technic switchboards, Powder Technic automation software and operation terminals as well as connected to the Microsoft Nav ERP control system. Thanks to advance planning, implementation of the new system and operator training were successfully completed, without any production shutdowns. The old system remained operational for the entire systems change and was not dismantled until the new system was up and running.

After the new system was brought on line, the dosing capacity increased to 25-30 doses per hour, the labour requirement decreased approximately 25%, dosing precision improved considerably and the operational reliability of the entire line rose to a whole new level. 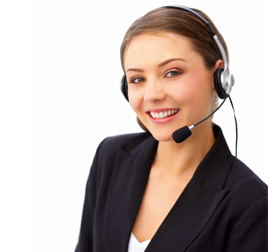